Exclusive Offer: Buy one kit and get a FREE Basic Test! See cart for details.

Order the only ancient DNA kit tailor-made to find your ancient ancestors!
The kit allows the most comprehensive and detailed ancient ancestry breakdown,
down to the level of the shaman and warrior.

Get a FREE Basic Ancient DNA Origins test with every order! 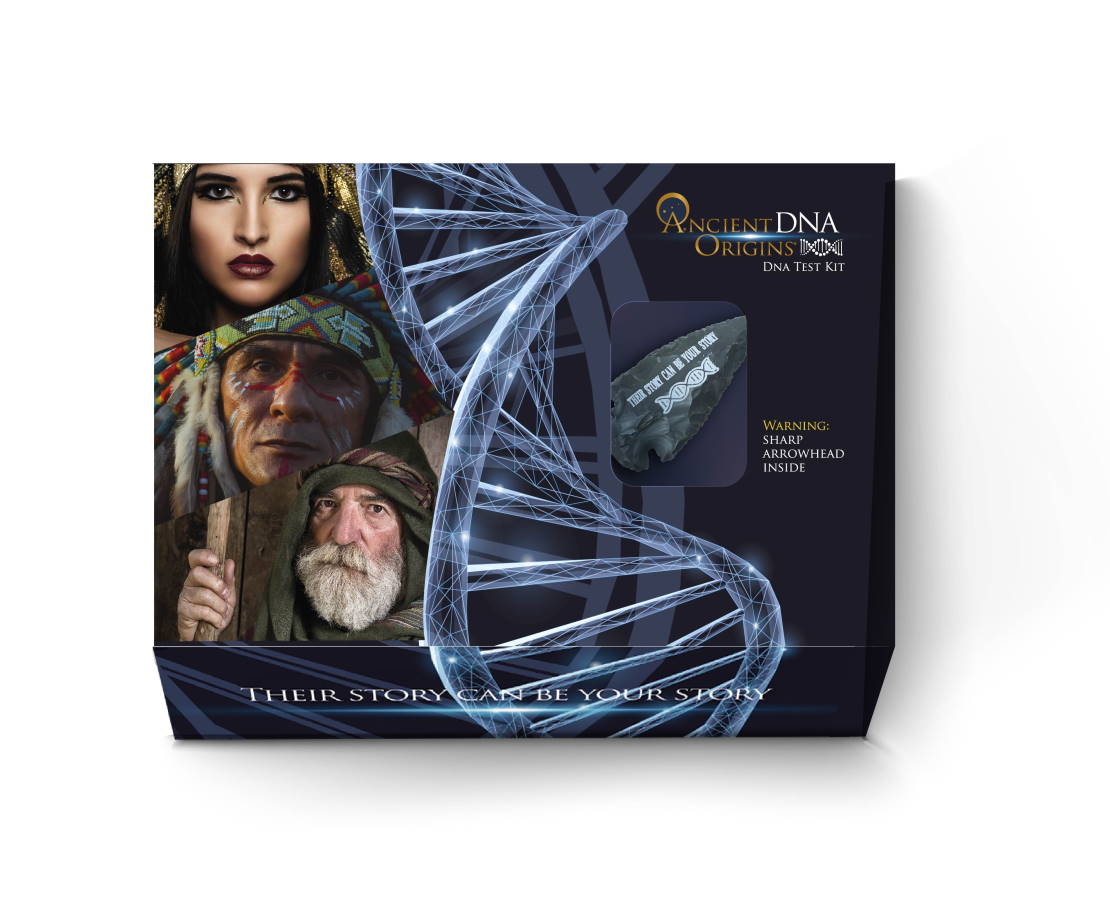 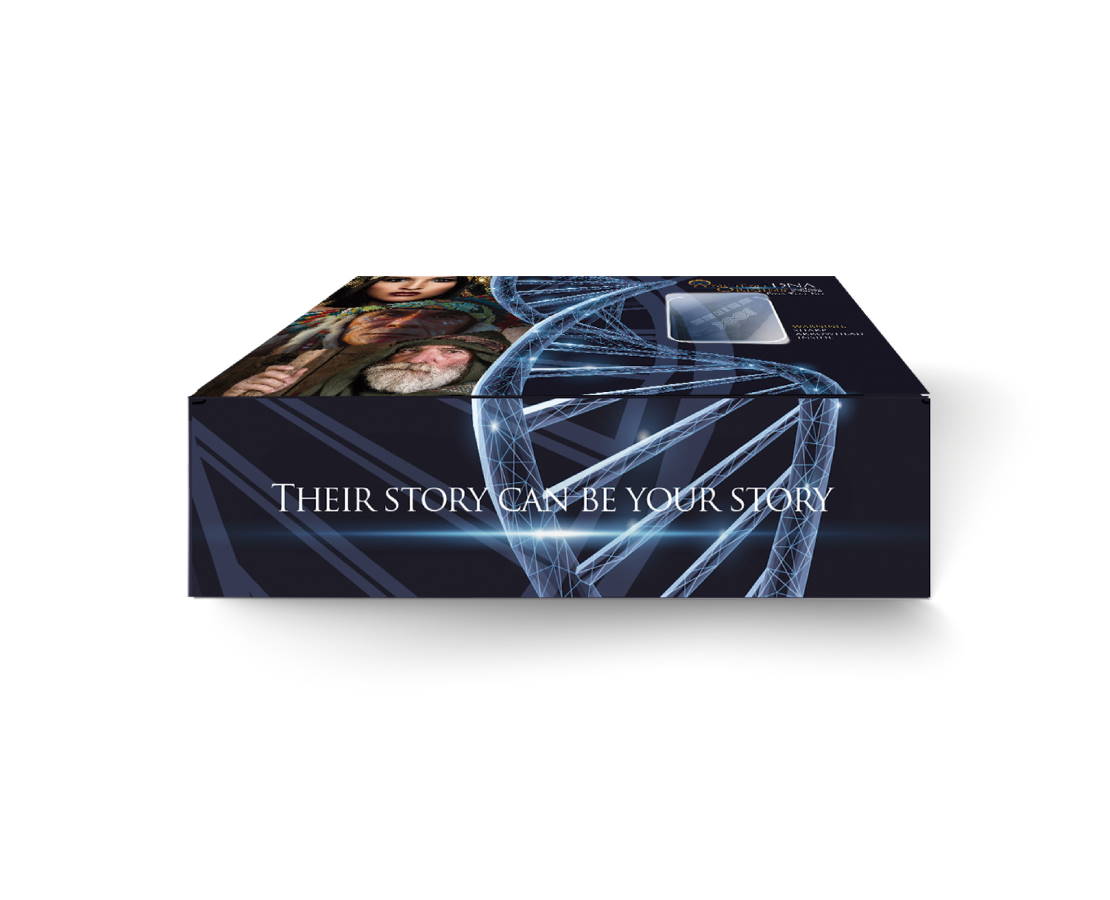 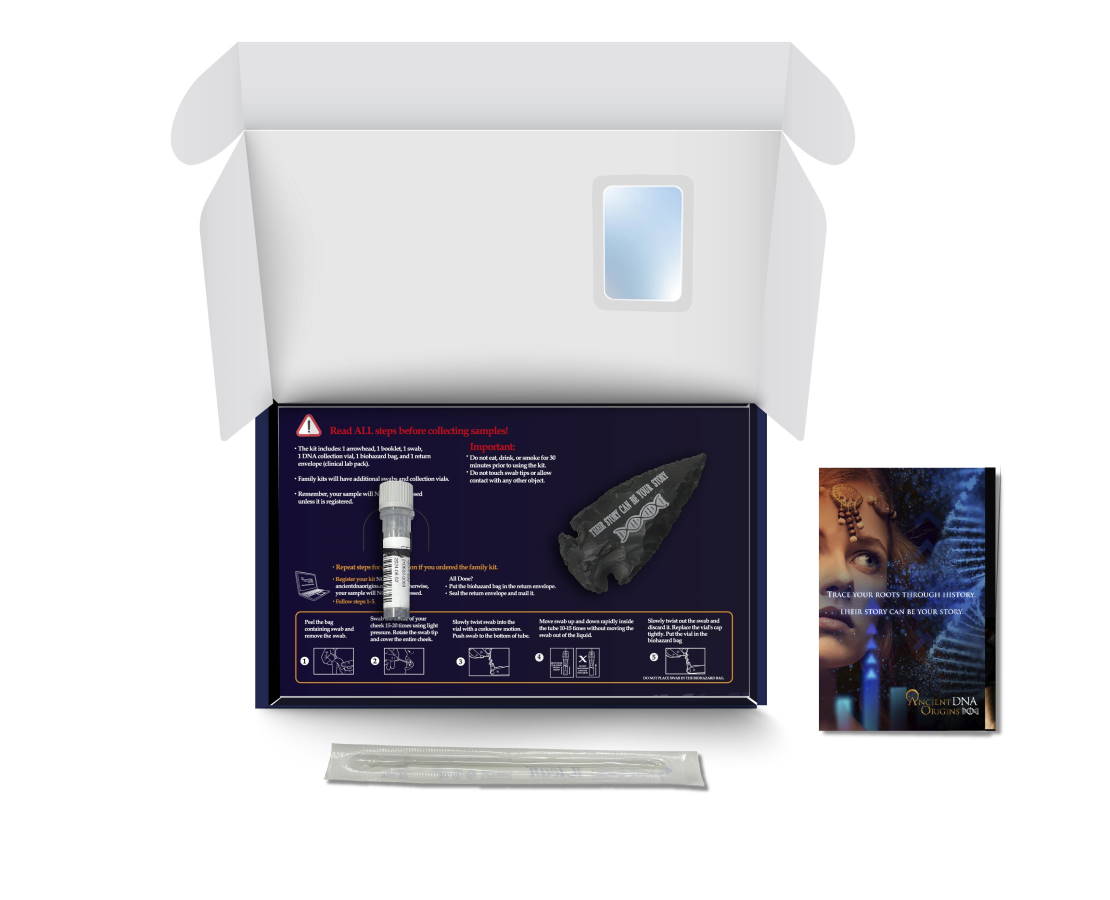 Discover your worldwide ancient ancestors from 40,000 years ago to the 19th century with the Ancient DNA Origins DNA kit.

The kit provides the most comprehensive and detailed ancient ancestry breakdown (to the 0.1%), down to the level of your shaman, priests, and warrior ancestors.

Every kit comes with a real arrowhead.

Get a FREE Basic Ancient DNA Origins test with every order!

Looking for a great present? Order additional Ancient DNA Origins kits for only $89.99 each.

Looking for great savings? Order our family DNA test kit with only $79.99 for each additional kit.

Take advantage of our special pre-launch prices and get 10% discount for all our products!
Your results will be available in a few weeks.

The Ancient DNA Origins DNA test is the first next-generation DNA test. It is designed solely using the DNA of ancient people throughout history using our novel technologies.

The kits include over 600,000 autosomal, Y chromosomal, and mitochondrial mutations and analyze them with respect to the ancient DNA of long-lived cultures. Therefore, our tests are extremely targeted and may indicate the town or village where your ancestors from different cultures met. You can use the test results to reconstruct the migration journeys of your ancestors that formed your deep genealogical heritage.

This can help you answer questions about your family's history, shed light on the origins of certain family traits, and help you better understand who you are.

Why take this test

With this test, you will receive a precise ancient ethnicity estimate with far greater geographical details than you could imagine. You will make new connections with historical people and places where your ancestors lived, walked, battled, created, and dreamed thousands of years ago. Using the genetic data and evidence from history and archeology, we can revive the past and allow you to find your place in history.